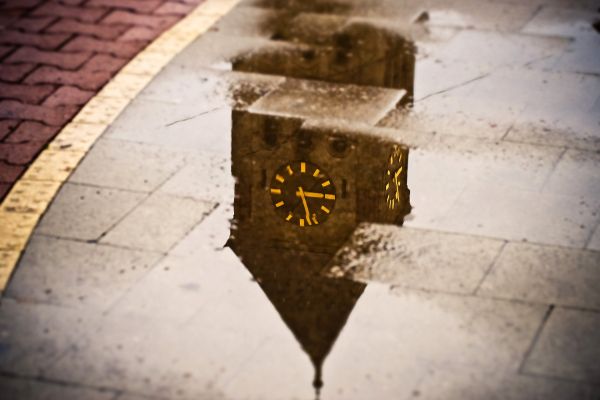 Count Clockula loves Halloween, but beware… he visits all year!

We’ll tell you more about that in just a minute. You can read all about him below, but you’ll really enjoy listening to this podcast. We had some fun with sound effects on The BIGG Success Show. Click the player to enjoy all of the spooky sounds.

With Halloween approaching, we felt we should warn you about a monster you may not know about. This monster lives off of your most precious resource – time. It’s downright frightening how much of our time can be wasted.

See if you can relate to any of these haunting situations:

END_OF_DOCUMENT_TOKEN_TO_BE_REPLACED

Picture yourself sitting in your doctor’s office. You feel terrible – so terrible that you finally went to get your doctor’s prognosis. Your doctor walks in, takes one look at you and tells you what’s wrong.

No questioning. No prodding. No poking. No cold stethoscope.

How much confidence would you have with your doctor’s diagnosis?

None at all, right?

Yet time and time again, we see this in the business world. Prescriptions are offered without a thorough diagnosis. So many times, we treat the symptoms of the problem, rather than solving the problem itself because we don’t take the time to discover the real problem.

We have a friend who sells television commercials. Recently, he told us about one of his new clients. This client had been running radio ads for his high-end grills. They didn’t work. So the radio salesperson put him on another station. That still didn’t work. So the guy switched to television.

Our friend produced a great ad showing people having fun around his client’s grills. Sales are booming! His client is thrilled!

But the radio salesperson missed an opportunity. By thoroughly diagnosing the situation, it could have been determined that the problem wasn’t the station, it was the message. Couldn’t you use sound effects to create a picture in the listeners mind? If you hear the sound of food on the grill, can you put yourself there? If you hear people having fun, do you want to join in?

The radio sales representative could have kept the client by thoroughly diagnosing the problem to come up with the right solution, instead of just trying something else (i.e. changing stations).

5 steps to diagnose the problem

With everybody looking for cost-effective solutions today, diagnostics are increasingly important. If you don’t get to the root of the problem when you prescribe a solution, you’ll damage relationships. So follow this simple five-step process to thoroughly diagnose the problem:

2. Listen
This is really part of the first step, but it’s so important that we felt it should be listed separately. Listen actively and attentively.

3. Clarify
Keep asking follow-up questions and making clarifying statements until you fully understand the issue. If your client offers a vague answer to your question, ask a question that digs deeper. Or repeat your client’s answer back in your own words. Now you’re ready to …

5. Offer the prescription
Now, and only now, are you ready to offer your solution to the underlying problem.

Next time, we’ll talk about tapping into your creativity this Halloween to have some bigg fun. Until then, here’s to your bigg success!

You may especially enjoy listening to today’s show. We had some fun with sound effects throughout, most which can’t be translated to print!

"We recently saw a study that showed that nature-based recreation in the US has declined about 25% in the last 20 years, after increasing in the 50 years before that."

"So we did our show today in the middle of nature – we camped out! We recorded the show in front of a nice fire while we roasted marshmallows."

Studies have shown that being outdoors has some incredible health benefits. In fact, even just SEEING the outdoors is beneficial. A little while ago, we saw a study that showed that hospital patients with a window recover much faster from surgery than those without. Isn’t that amazing?

Born to be wild

We’ve been talking about the benefits of being outdoors. Now let’s look at what the outdoors can do for one specific group of people – kids.

This same study we mentioned earlier showed that kids who spend more time outside pay attention better and are less demanding. It’s even been shown to reduce symptoms of Attention Deficit – Hyperactivity Disorder (ADHD).

But going back to where we started, Americans are spending less time outdoors. Miracle-Gro, the garden fertilizer company, just conducted a survey. Nearly 70 percent of the parents who responded said their kids spend less time outdoors than they did when they were kids.

"My parents wouldn’t let my sister and me inside until it was dark. They wanted us to run off all that energy!"

"Now I know why Mary-Lynn brought me out here!"

We’re celebrating the 4th of July here in the United States. Fun, friends, and …

"Fireworks! I love the fireworks. Watching them always makes me feel like a kid."

"One of my favorite stories is about a fireworks show gone wrong. I used to be in a service club called the Jaycees. Many local Jaycee chapters put on the fireworks show, particularly those in small towns. I heard about one chapter’s show, in particular. One year, at the beginning of the show … not more than a few fireworks in … they lit one that misfired. It hit the pile of all the remaining fireworks! BOOM! An amazing display … but their whole show was over in less than a minute!"

Nothing like having your grand finale at the beginning!

There is an art (and some luck) to putting on a good fireworks show. As we were talking about this, we thought it was interesting how it relates to storytelling.

It kicks off with a little burst that grabs your attention right away. Then you get into the flow. There’s a certain rhythm to the fireworks, often synchronized with music. The rhythm changes throughout the show. At times, they’re firing off quickly; at other times … a    little     more     slowly.

When you tell a story, start with an attention grabber and then get going. Vary your pace with the action of your story. Talk faster to imply that things are developing faster or slow down when it’s called for. Make your timing fit your story.

Usually you’ll see a pseudo-finale about half way through the show. They give you a taste of what the grand finale will be like.

"Sometimes it’s so good that you think it is the finale! You get bummed that it’s almost over."

As you tell your story, depending on its length, think about how you can get them to anticipate the climax as you near the middle. This will keep them engaged and wanting more!

This is what everyone’s been waiting for. It’s almost sensory overload with so much going on at once – the sound, the sights, the colors exploding in the sky … one right after the other, sometimes on top of each other.

"You feel your heart start pounding faster … that rush of adrenaline. You’re in awe and you don’t want it to end."

"You don’t want your story to be like the Jaycees’ fireworks show I mentioned earlier. You want it to build, and build, and build …to your final line – the point of your story. You want your audience on the proverbial edge of their seats. Leave them wanting more … realizing why they should listen to you."

It’s unlikely that you would use all of these in a single presentation. However, variety virtually guarantees a better response from your audience.

"In case you haven’t heard our show today, listen in to see how we used sound effects to make it more fun. At least we think it is!"

Keep in mind … you’ll get the biggest bang if you mix it up!