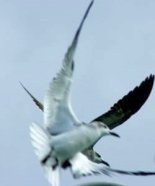 We caught up on some shows over the weekend. Survivor Redemption Island was one of them.

Entrepreneurial leaders occasionally need to diffuse a tense situation. Jeff Probst, the host of the show, provides an excellent example of just how to do it in this episode.

In case you don’t watch the show, we’ll provide a brief background. There are two tribes. They have now merged but are definitely not unified. They operate as separate tribes day-to-day.

One tribe’s rice, which is the main food source on the island, got maggots in it. They picked the maggots out but the rice was on a blanket on the beach. It was attracting moisture.

A heated argument ensued. The race card was played.

Jeff Probst squarely took the issues on when the castaways all met for tribal council. We’ll grant you that this is reality TV. However, we can’t recall a better example of a leader removing the emotion from a situation.

If you want to see it done, watch the Rice Wars episode of Survivor Redemption Island. (The tribal council with Jeff begins at the 31:35 mark.)

Here are the lessons we took away:

Build goodwill before you need it

Without the goodwill he has built up, Jeff probably would not have been able to pull off what he did. You have to build goodwill before you need it so, when you need it, you have a reserve from which to draw.

Demonstrate your willingness to listen attentively to the divergent points-of-view. You weren’t there. You’re investigating. So talk little, inquire much.

As you get information, clarify it. But make sure you do it in a non-threatening way. If you show favoritism of any sort, you won’t be successful in diffusing the conflict.

You want the facts. You want to know precisely what sparked the conflict.

You may not be able to reach an agreement. However, if you can understand what created the problem, you can articulate that without the emotion of the situation.

Look for the crux of the problem

In this case, Philip perceived a comment by Steve as a personal attack – not just on him personally, but on his entire race. It’s the crux of the problem. You need to know it in order to diffuse the situation.

Jeff was able to sum up the problem. You could see that both of the parties involved agreed with his assessment. You could see relief on the faces of all the castaways.

As an entrepreneurial leader, you will be confronted with conflicts between your people. Follow this model to diffuse even the most emotional situations.

The Rice Wars episode of Survivor Redemption Island offers an excellent model to diffuse even the most emotional situations.