We received an e-mail from David. He recently overheard one of his employees make some very negative comments about his management abilities.

He wants advice on how to approach this long-time employee of the company, who is about ten years older than David.

We have three recommendations for David:

You want to have a conversation, not a confrontation. You want to find out if there is an underlying reason for your employee’s comments. Behave accordingly.

Try to use the word “you” as little as possible. As in, “You said …” Instead, say “It was said …” You’ll accomplish far more by not backing him into a corner. Be as objective as possible so you’re more likely to have a productive conversation.

We talked about 24 role playing] a couple of weeks ago. David’s situation is a great example of an interaction where role playing in advance is beneficial. As part of your role playing, come up with the possible scenarios. For instance, He cops an attitude This is a bad sign. However, as nicely and unemotionally as you can, let him know that you want a discussion, not an argument. Tell him again that you’re more concerned about why it was said than what was said. Keep in mind, though, that he may have become the proverbial “bad apple”. You may need to let him go. If you do, your remaining employees will likely ask you what took you so long. He denies he said it This is probably the most frustrating. Remind him that you heard it first-hand; it’s not hearsay. Ask him if he agrees with you that effective relationships, at work or anywhere, rely on honesty. If you can’t communicate honestly, it’s going to be hard to work together. He becomes overly apologetic He may have just been having a bad day and you got the brunt of it. Then move on … we all have bad days. However, it’s possible he’s not being sincere; he just wants to get you off his back now. Only you can judge that. He admits it and tells you what’s wrong This is the desired result. Hopefully, it’s the only scenario you encounter, but you may take a detour through one of the others. Regardless, thank him for his candor. Then demonstrate what a great manager you are by working with him to solve the underlying problem!

Our quote today is by Ayya Khema.

“Eventually we will find (mostly in retrospect, of course) that we can be very grateful to those people who have made life most .”

It’s difficult to see a difficult situation as an opportunity to grow. But if you do … you’ll thank yourself for it later.

Tomorrow, we’ll discuss intuition – it’s not just for women anymore, you know! Until then, here’s to your big success! 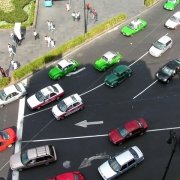 25 Ways to Lead Your Organization Through Good Times and Bad