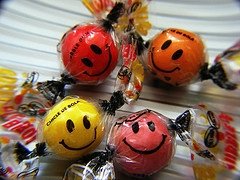 I’ve often thought that the best definition of a professional is a person who makes his or her job look so easy that you think you could do it!

I recently realized that my definition could use a little tweaking.

Windy City blues are not-so-blue
I happened to be in the Windy City last week on business. I unexpectedly had some time to kill, so I decided to surprise one of my friends.

As he shares his story, I often think how easy it’s been for him to succeed. He’s become a millionaire many times over with seemingly little effort.

After I got through all of the layers of security necessary (I chided him later that I didn’t realize how important he was), I finally got into his office. I was greeted by his executive assistant.

It turned out he was on the phone. So I had a nice conversation with his assistant while I waited. Although, our conversation was frequently interrupted by a raised voice … coming from my friend’s office. His voice.

One of his advisors had dropped the ball. It cost him a small amount of money and a large amount of aggravation. He wanted to know what happened and his advisor wasn’t forthcoming.

If he didn’t learn what happened, he couldn’t make sure it wouldn’t happen again. The conversation ended without the issue getting resolved.

But what happened next was the biggest surprise – he came out of his office with a bigg smile on his face!

So put on a happy face
I realized that’s why his talks with students always sound so good. In his mind, things ARE good. He has the ability to get off the phone, walk a few steps, and completely forget about what just happened.

We all have bad days. Or at least bad moments. Successful people just seem to get past them easier.

That’s part of what makes them successful!

It made me wonder – who is a great model of this behavior? I picked my favorite.

Donald Trump is the master at this. I’ve heard him questioned about some difficulty he’s experienced. He briefly passed over the subject at hand and then starts plugging how wonderful things are in the Trump empire.

He’s constantly selling – himself, his brand, and his products. And no one buys a bad day. We buy good experiences. Successful people exhibit those good experiences so we purchase from them.

If you want to succeed, you have to be a professional.

So what’s my new definition of a professional?

A professional is a person who makes his or her job look so easy that you think you could do it, even when it isn’t easy for them!

How to Evaluate Your Small Business Startup Ideas

I Need Money! Should I Cut Back on My Retirement Plan Contributions?

Getting aTwitter About Networking

Confessions Of A Serial Entrepreneur

7 Steps To Sell Your House … Fast!
Scroll to top