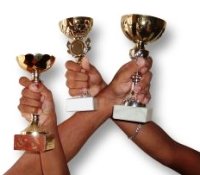 Research shows that employees are attracted to, and stay with, leaders who recognize them for good performance. Everybody loves to be part of a winning team. That’s why great leaders willingly share the glory. It’s one of the greatest motivational tools at your disposal.

As you lead your troops to success, one of the most fulfilling parts of your work should be recognizing people who have made the most significant contributions. Yet many leaders fail to take full advantage of this opportunity.

Here are four pointers for praising your people:

Timely
Let’s be clear – recognizing an employee for good performance at any time is better than not recognizing them at all. However, if you want the greatest impact, you should acknowledge the performance as soon after it happens, or gets reported, as possible. You’ll get an immediate boost from these people (and others), so why wait?

Publicly
You should praise your employees publicly. Tell anyone and everyone you can about the wonderful things they’ve done. Make it as public as possible in every way possible. When you recognize people publicly like this, others will notice. Some will get jealous. Your best troops will be challenged to step up so they can get the same attention.

Fairly
You should recognize people for contributing to the goals you’ve defined. Period. Don’t play favorites in praising your people. You’ll discourage your other troops who are making honest efforts to contribute. If praise gets political, it will cease to be effective. That’s one of the worst things that could happen to you as a leader.

Generously
Great leaders dish out too much credit. You shouldn’t recognize people for things they don’t do; that won’t accomplish anything. However, when in doubt, spread it out – spread the praise so as many people as possible feel like they’re part of the progress.

You’ll find that keeping credit to yourself doesn’t accomplish much in the end. Recognizing your troops generously will!

10 Laws of Survival and Success

Get a Grip to Be a Bigg Success

You Can Avoid the Mistakes that Brought this Business Down

Moving On to Move Up

25 Ways to Lead Your Organization Through Good Times and Bad

Differentiate Your Offer When You List Your House for Sale