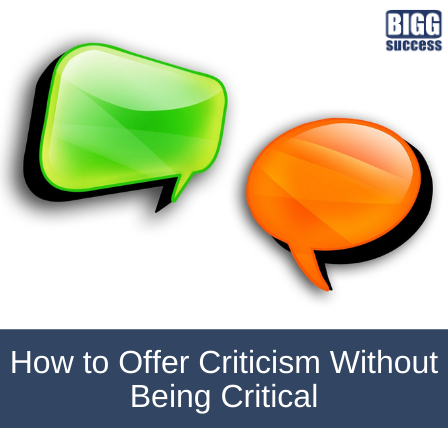 Today’s blog is about an important relationship-building tool. Learning how to offer criticism without being critical is important at work and home. It’s crucial for leaders and first-time managers.

Today, we’ll quickly review active and passive voice, and offer some tips on how to use each one effectively.

Active voice
The subject of the sentence appears before the action. Stated more simply, the noun occurs before the verb. The active voice is often more direct and easier to follow.

For example, “You performed exceptionally well on this project.

Passive voice
The action appears in the sentence before the subject, if the subject appears at all. The verb comes first, the noun comes later.

So the example above, spoken in the passive voice would be, “This project was done exceptionally well by you.”

Note that this sentence actually sounds a little strange stated in the passive voice. That’s often the case.

“You performed below expectations on this project”

“Expectations weren’t met on this project.”

The first example is in the active voice. So the focus is on “you”, not the “project”. The second example does the opposite – using the passive voice, it puts the focus on the project.

The second example sounds better on this go-around, doesn’t it? Can you picture yourself getting defensive with the first sentence? Probably so, because it screams, “You screwed up!”

So when you want to discuss anything negative, use your passive voice. You’ll find that your conversation is much more productive! They won’t feel backed into a corner. They feel more like you’re on their side. You’re not fixing the blame; you’re trying to fix the problem with their help.

Use the active voice to praise people.
Going back to our original example, we’ll bet you would feel great if your boss said, “You performed exceptionally well …”

Can you imagine how your performance would improve if your boss said something like that to you in front of all your co-workers? This is an incredible tool for managers to improve the morale of their troops.

So when you want to tell someone that they did something great, use your active voice. Put them first in your sentences. You’ll feel great because you’ll make them feel great!

Our BIGG quote today comes from Abraham Lincoln:
“He has a right to criticize, who has the heart to help.”

Actively accentuate the positives and eliminate the negatives with your passive voice.

Next time, we’ll discuss how to deal with a difficult co-worker. Until then, here’s to your BIGG success! 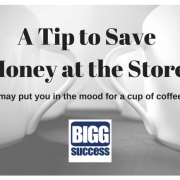 A Tip to Save Money at the Store 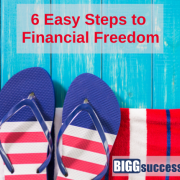 A Crucial Part of Your Personal Brand

A Rose That Made A Lasting Impression
Scroll to top