We’ve written this wonderful story in its full text here, but we highly recommend that you listen along to get its full flavor.

John was a bright young man who went off to a small college. One day, a pretty young woman named Lisa caught his eye. John fell in love. From that point on, he always kept his eyes open for her.

Now Lisa was very popular. Everyone liked Lisa because she was outgoing and very charismatic. Almost every guy in this small school wanted to go out with Lisa.

Before we go on with the story, we should fill you in on one more important detail about John – he had a severe speech impediment. From the time he started talking, John had never talked the way his friends did.

One day, as Lisa was walking across the campus, and John was hanging out with his friends on the lawn, he said to his friends, with his heavy speech disorder …

“I’m going to marry that girl.”

His friends laughed out loud. Please understand that they weren’t trying to be mean-spirited. They were just so shocked that John had the gumption to think that the most popular girl on campus would be interested in him at all, let alone marry him.

They thought he was aiming too high and they didn’t want him to get hurt. So they discouraged him, telling him what they thought he needed to hear. They said …

“John, she can have any guy she wants. There’s no way she’ll go out with you.”

John didn’t care what they thought. He only cared about what was in his heart. He wanted to marry Lisa. He also knew that he needed to start by getting a date with her … that was the first step.

But he wasn’t ready to ask her for a date because he wanted to impress her when he did ask her out.  So here’s what he did …

He began spending hours in front of his mirror every day. Rehearsing one single question over and over again …

Over and over. The hours turned into days … the days into weeks … and John kept practicing that one single question that cut to the essence of what he wanted Lisa to respond to …

The weeks turned into months … and John still kept practicing over and over again in front of his mirror so he could deliver that single question just the way he wanted.

The day finally arrived when he felt he was ready. He saw Lisa sitting and studying outdoors at the campus coffee shop. He was nervous, but he had worked too hard. He had to go through with this. He had to know her answer to his question. So he stepped up to Lisa’s table and delivered his line …

“May I please have a date with you?”

She had never heard him speak clearly before. Now he was asking her on a date … and he could say the words so perfectly. She knew how hard he must have worked to be able to utter that single question … just to ask her out … and that made such an impression on her … that she said …

So John turned his adversity into his advantage. He got a date with the most popular girl on campus. And in case you’re wondering … Lisa also said “yes” to another question that John asked later … they got married!

Our bigg quote today is by none other than the great Norman Vincent Peale:

“Life’s blows cannot break a person whose
spirit is warmed at the fire of enthusiasm.”

And remember that it only takes a spark to get a fire going.

Next time, we’ll share some characteristics of the charismatic. Until then, here’s to your bigg success!

Reject This Fear And Succeed

The Greatest Miracle In The World

The Single Biggest Barrier To Your Success

The Single Most Destructive Thought You Can Have

The One Ingredient That Guarantees Your Success

5 Reasons for Lack of Progress

Office Politics and How to Rock the Boat 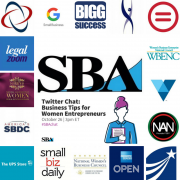 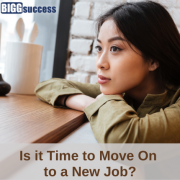 Is It Time to Move On to a New Job?

I Need Money! Should I Cut Back on My Retirement Plan Contributions?
9 Questions to Answer Before You Make Extra Mortgage Payments

Like, If You Want to be Liked, You, Like, Have to Read These 5 Traits!
Scroll to top