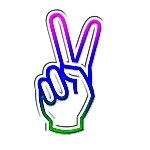 You’ve probably heard the old saying, “To the victor go the spoils.” It’s stated as a positive – the winner gains more than just the thrill of victory.

History has shown its validity in warfare. Kings and other leaders often went to war to gain the spoils.

We see it in politics. When candidates win a position, they often reward their supporters with jobs, contracts or other perks.

Entrepreneurs also get the spoils, although there are two important distinctions:

Customers
You must find a group of people with a problem. You have to discover a unique solution that fits their budget. You have solved their problem. That’s the spoils they get from your venture.

But that’s not enough … you have to make a profit while you solve their problem.

In fact, entrepreneurs must create value for at least six other groups of people before they get to enjoy the spoils of victory:

My dad used to say, “Profit is not a four-letter word.” I was pretty young when I heard him say that for the first time. I remember thinking, “Well, duh, dad. It’s a six-letter word.” Well, I finally got what he was really saying: Profit isn’t a dirty word.

Yet a lot of people seem to think that it is. They equate profit with greed. They think profit comes at the expense of people. Well, as we’re about to see, profit is what creates the win for everyone in the chain.

If you don’t make a profit, you won’t be able to keep serving your customers. You’ll go out of business! And there won’t be any spoils for you and the rest of the groups in line.

Government
When you make a profit, you pay taxes. As your profit increases – most likely from finding more customers with a problem you can solve affordably – you pay more taxes. Governments win as you win but they get the spoils before you do.

Employees
Obviously, this doesn’t apply to all businesses. But if you do have employees, you provide them with a stable income (on which they pay taxes; government wins again).

Bankers
Of course, some of you may not have bank loans. However, banks are significant funders of small businesses.

To return the money you borrow, you have to make a profit. Basically, you substitute the profits you retain in your business for the bank debt.

Banks don’t give you money; they rent it to you until you return it. In the meantime, they collect rent (i.e. interest). Oh and by-the-way, they pay taxes on this interest income.

Suppliers
Every business has suppliers – the local office supply store, service providers, utilities, landlords and the like. Just like you, these suppliers must sell their products or services at a profit (and pay taxes).

You want your suppliers to make money on you. If they don’t, they won’t be around when you need them.

Venture capitalists
Admittedly, this applies only to a small percentage of all businesses. But if you accept venture capital, they will insist on a deal structure that puts them ahead of you.

They won’t invest unless they think you can create enough profit so there’s something left for them after all of these previous groups have received their spoils. They want you to make so much profit that you can afford to return three to five times their money in three to five years. That’s their spoils (on which they pay taxes).

Finally, you get your share
You get the residual. After these six other groups have enjoyed the spoils of victory, you get to stake your claim.

As you can see, entrepreneurs create value for themselves by creating a whole lot of value for society (oh … and by paying taxes).

The Only Model You Need to be a Success

The Difference Between Entrepreneurs and Artists
Scroll to top