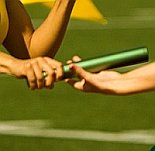 Can we as entrepreneurs learn any lessons from the mess NBC has made of The Tonight Show?

Pursuing your dreams is risky
Bigg success is life on your own terms. You own your life. You’re not a brand manager. You’re not a CEO. You are the entrepreneur in charge.

Entrepreneurs are risk-takers. Conan O’Brien isn’t an entrepreneur in the traditional sense of the word. But he sure did take a risk to fulfill a lifelong dream. He was very successful in his old gig. Now he doesn’t have a gig … at least for the time being.

There is risk in making changes:

Succession planning is critical for most businesses
Do you dream of turning your business over someday? Many business owners can’t fathom that possibility. But c’mon …

Wouldn’t you like some time for yourself?
How about taking that trip you’ve always dreamed about?

If you don’t always want to do what you’re doing now, then you not only have to entertain the idea – no pun intended – you have to put a plan in place and execute around it.

What not to expect when you change key personnel
NBC has a mess on their hands as a result of a succession plan gone awry. You can avoid it by never forgetting this:

If you want to be as proud as a peacock about a change in key personnel, don’t expect your customers to change.

Either choice requires a significant change.

The running joke for years has been that many people watch The Tonight Show in bed. So if the audience wanted to follow Jay, they had to go to bed an hour-and-a-half earlier!

Of course, they could watch the new guy. The audience knows who he is but they haven’t really followed him. He has his own style. He’s just not the guy they’re used to watching.

Introduce change to your customers slowly
While entrepreneurs thrive on change, most people hate it. It’s easy to be the Monday morning quarterback, but what if Jay took Mondays off like Johnny Carson did?

That’s how Jay got introduced to Johnny’s audience. Of course, that whole story ended in another lesson in succession planning!

Conan could have hosted once a week. Meanwhile, NBC could have tested successors for Conan.

You can do the same thing in your business:

It’s especially important if you’re on top like The Tonight Show was when this started.

If you’re a growth-oriented entrepreneur, you should always be looking for your successor so you can move on to better (and bigger) things. Just remember: Walk – don’t run – to your exit!

What lessons did you take away from this debacle?

The Single Biggest Threat to Your Personal Finances
Scroll to top