It’s Back-to-School season so we’re doing a ten-part series on lifelong learning. We’ve kicked it off with two shows on reading and writing. Now we want to talk about arithmetic.

We’re going to take a little different tack today than we have with the last two shows. We’re going to talk about two specific things we need to know when it comes to arithmetic.

These two things both involve our personal finances. That’s why they’re so important.
END_OF_DOCUMENT_TOKEN_TO_BE_REPLACED

Today is the fourth installment in our freedom series. We’ll focus on financial freedom.

Financial freedom … can you imagine it? To use the lingo from our last couple of posts, it means freedom from money worries or, even better, freedom to choose how we spend and live.

END_OF_DOCUMENT_TOKEN_TO_BE_REPLACED

The List Universe recently published their list of ten lost rules of etiquette. The one that really got our attention was their #1 reason – talking about money and possessions.

When it comes to money, the author says that a gentleman would never:

END_OF_DOCUMENT_TOKEN_TO_BE_REPLACED 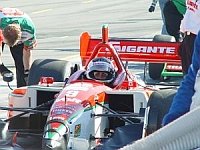 Every driver in the Indy 500 realizes the importance of a great pit crew. A pit crew can mean the difference between victory and defeat. As the owner of your own business, you also need a good pit crew. You’re the driver, but your crew gives you the edge you need.

Your professional advisors are:

Your attorney
Your attorney will recommend the best entity in which to hold your business to minimize your liability and accomplish your goals. They will also help you understand the formalities that need to be maintained to protect your personal liabilities. They will advise you on your business dealings and help you when the unexpected situation arises. They can also refer you to other advisors and capital providers.

Network Your Way to the Movers and Shakers

Reach Your Goal Faster With These 4 Tips

Speed Up Your Computer

Get a Grip to Be a Bigg Success

How Fast Can You Type?

Jim McCann started out as a social worker, which didn’t pay so well. So in the early 1970s, he got a part-time job in a floral shop to earn a little extra money. In 1976, he took the plunge and started his own flower business.

He did well in the business, but his one little shop didn’t make that much money. So he opened another one. Then another one. By 1983, he was running a small chain of fourteen stores.

And he was ready for an even bigger challenge!

He had an epiphany one day while getting ready for work. He was listening to the radio as he shaved when the thought struck – he would build a nationwide flower service!

It was a terrible mistake!

That’s how he got burned!

Once he owned the business, he starting uncovering the extent of the debt. It was over $7 million! He nearly lost everything he had worked so hard for the previous ten years. His friends told him he should just give up and file for bankruptcy.

But he made up his mind that he would persevere!

He realized that he would have to scale up bigger and faster than he had planned. So he used his original company’s assets and good reputation to borrow even more.

His next move was to establish an early internet presence. That increased sales even more!

He took his flower company public in 1999. He still continues as the CEO. Last year, 1-800-FLOWERS recorded sales of nearly $750 million!

Jim McCann turned a part-time job into a blooming success!