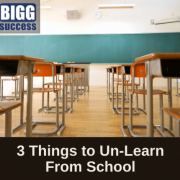 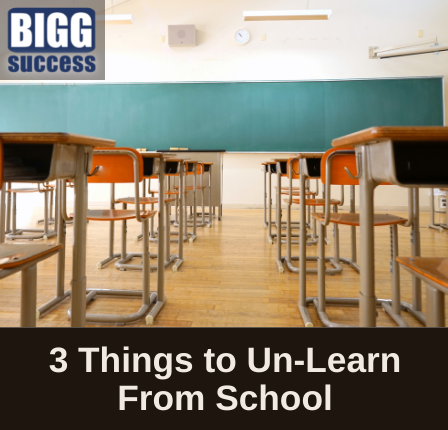 We found a great article in Entrepreneur that talks about the things you need to unlearn in school, because they could hurt you in business. We’ll share those with you plus get some insights.

Our discussion today is inspired by an article written by Samuel Leeds in Entrepreneur. He says there are lies they tell you in school that won’t serve you in business, and they are: Don’t copy, learn everything before implementing, and don’t make mistakes.

We’re going to look at each one and share Leeds insights, as well as perspective from The Professor.

END_OF_DOCUMENT_TOKEN_TO_BE_REPLACED

There’s a great post by Roger Ehrenberg on his Information Arbitrage site. Roger was an investor, board member and leader in Monitor110, a company that planned to become the internet version of Bloomberg. The team had impressive credentials, but ultimately the business didn’t make it.

Roger spells out the reasons why. We admire him for sharing these lessons because most of us don’t like to talk about our failures. These are mistakes that any of us could make, so he provides a great opportunity to learn from others. But even more than that, it’s the way he wrote about it that impressed us – he doesn’t cast blame; he just discusses the lessons he learned in the hopes that we may benefit. And we did!

That’s why we highly recommend that you read the whole post. We’ll hit his highlights here.

7 mistakes that led to the demise of this business

#1 – No single leader
Monitor110 had two leaders – a technology person who was one of the founders and Roger, who was a business person. Roger said this structure just didn’t work.

This reminded us of the number of times we’ve seen two people start a business. It’s pretty common to split everything 50/50. But it’s a recipe for disaster. In almost all cases, there has to be someone who has the final say for a business to succeed.

#2 – The technology-side drove the business
This made us think of the number of entrepreneurs who start a business in their craft. They’re technically oriented. They love their product or service, but they ignore what the customer wants and needs.

#3 – Too much PR too early
Roger’s company was featured on the cover of the Financial Times. You wouldn’t think that would be a problem, would you? But Roger says this raised the bar with everyone – customers, themselves, and financiers … which led to the next problem.

#4 – Too much money
Too much PR. Which led to too much money. Sounds like a company that’s been blessed. But Roger says the blessing turned into a curse.

With all these high expectations, they didn’t push a product to market because it needed to be just right. And that didn’t matter because they had a cushion of cash.

#5 – Not enough customer feedback
By now, you see how all of these mistakes were interrelated. Because of the great publicity, they were afraid to show the customers what they had. They didn’t want to disappoint them and be disappointed. But it wasn’t a problem at the time because they had plenty of money. One mistake was feeding another which was feeding yet another.

#6 – Slow to adapt to the market
On a post not long ago, we talked about a military concept called OODA loops. OODA is an acronym for Observe, Orient, Decide, Act. The idea behind the concept is that by getting into the loop, you gain information. Then, by adapting to what you’ve learned, you gain a competitive advantage.

#7 – Disagreements about strategy
This stemmed from the technology side and the business side not being able to come to terms. It’s also an outflow of Mistake #1 – without a single leader, it’s hard to have a clear vision.

All of this made us think of the saying, “You don’t have to get it perfect; you just have to get it going. That’s one of the things that we did with Bigg Success. We talked to a lot of people who had all kinds of great ideas. Some diametrically opposed to each other! We could have easily just got caught in the quagmire.

Ultimately, we just launched. It wasn’t perfect – we knew that. We’ve learned a lot. There are things we would do differently if we had it all to do over again. But by launching, we were able to learn from the most important people of all – our community. We learned from you.

We’re happy to let you know that you’ll be seeing some bigg additions in the near future. So keep checking in and let us know what you think! We’re listening!

10 Warning Signs of Trouble Ahead for Your Business 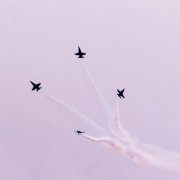 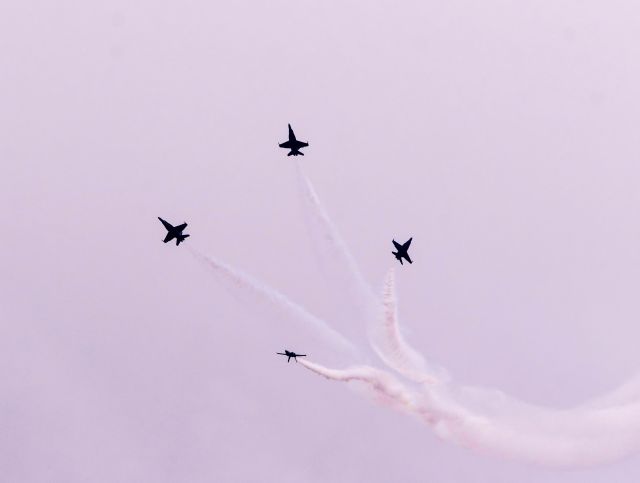 A military strategy that can help you get in the loop and give your business a competitive advantage.

We discuss how the OODA Loop on The BIGG Success Show. Here’s a summary…

It’s a useful concept in business as well. Boyd postulated that you gain an advantage if you work through this loop faster than others. This is particularly true in today’s highly competitive, rapidly changing business world.

Start by getting in the loop