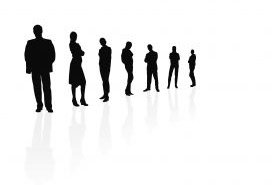 As a leader, you have to establish the ground rules for your troops. Your rules, also known as your policies, define the code of conduct. If done correctly, they are not a negative. They are a covenant between you and your troops as well as between your troops themselves.

What they are
The problem is that, much of the time, ground rules are written as negatives. So your people view them as negatives. It doesn’t need to be that way. They simply establish how all of you must proceed to get where you want to go.

Your ground rules define how your people work with people – each other, you, your customers, your vendors, your community, and more. They are designed to minimize individual behavior that harms the group effort. Period. When all of your troops understand that, they will buy in to the rules.

Your ground rules should answer these questions:

Why you need them
Your attorney will tell you that you need ground rules to protect yourself from liability. That’s true – and you should get your attorney’s advice throughout this process. However, there are even more important reasons to establish the ground rules.

Your ground rules help new troops get acquainted with your culture. They will be able to get “up to speed” more quickly when you clearly define the expected behaviors.

They also establish that you are trying to be fair to everybody. There’s a set of rules to which you refer when a certain behavior is called into question. It’s not a who’s who where favorites get treated one way and everybody else gets treated differently.

Occasionally, you will override the rules because of a specific situation. After all, your troops are humans, not machines. You’ll use your best judgment to determine when the good of the group calls for bending the rules a little. If done correctly, your troops will respect you for that.

Keep it simple
Make sure your rules aren’t written in legalese. They should be easily understood by all your troops. If it takes a lawyer to interpret them, rework them.

Resist the 1% rule
Novice leaders often create rules in response to specific acts by a minority of people (1%) that are infrequently repeated. Then, the overwhelming majority (99%) of their troops has to live with them. This is a primary reason why people resist rules.

For example, picture a leader who says that there is a new dress code because one person out of a hundred is wearing inappropriate clothing to work. Instead of dealing with that one employee, this leader chooses to create a rule for all of the employees.

These leaders see it as an easy solution – it’s easier to write a policy than deal with an individual employee. They may have the time or they may not like confrontation. Whatever the reason, it may be easier in the short run, but it is almost certain to create even bigger problems in the long run when dealt with in this way.

The code of conduct you establish for your troops is essential to insure you reach your goal. You want rules that your people buy in to so you create a covenant between yourselves that insure a smoother path to victory.

The Value of Bumps in the Road

Tackle a Project with a Friend

Passion at Work and the Two Types of People

Be Lazy to Be a Success

3 Things to Do Today to Be a Success

How Do You Determine the Asking Price for Your House?

As He Retires, Brett Favre Teaches Us A Lesson On Peak Performance
Scroll to top