Have you ever been in a conversation where the other person never stopped looking at their Blackberry … or iPhone … or some other mobile device?

Maybe that person was you!

Today we’ll discuss the impression this leaves and how it affects you if you’re an offender.

Age matters
You should consider the age of the person with whom you’re meeting. When twenty somethings meet, there’s a good chance they’ll both be offenders, which means neither one will be offended! They don’t think anything of it.

A forty something might have a problem with it; a sixty something almost definitely would. But no matter what age the person is, if they don’t have their device in hand, you shouldn’t either!

The inbox on your desk
Let’s go back a generation or so. What would be the equivalent to meeting with device in hand?

Picture someone sitting in a meeting with you sorting through the Inbox from their desk while trying to conduct business or build a relationship.

How productive would that have been?

Why is it necessary?
You may think that, back then, there wasn’t the demand for immediate response like there is today. But customers have always been demanding.

We used to think that emergency meant “life-threatening”. Why do so many of us today have this compelling need to treat everything as if it’s an emergency?

You may say that you have to keep in touch constantly. You’re in a competitive business and you’ll lose customers if you don’t.

Let’s go back in time again. Back to the day when the primary means to communicate instantly was by landline telephone. If people then had the same attitude, they would have never left their offices because the phone might ring!

So people took turns answering the phone. Could something similar be done today?

What really important people think
There’s an old story about Richard Simon, of the famous publishing house Simon & Schuster. With his work done for the day, he shut off the lights in his office, grabbed his hat (hats were fashionable at that time), and headed for the elevator.

He was joined on the elevator by a young editor. The editor had a brief case in each hand and another pair pinned under his arms. Mr. Simon looked at him and in Tarzan-speak said, “Me publisher, you editor!”

We think that looking really busy gives off an impression that we’re really important. But as this story illustrates, really important people may think just the opposite!

These devices are useful tools. However, when anything gets in the way of giving people our full attention when we get the opportunity, we’ve missed the whole point.

These devises should help us keep in touch with people, not get in the way of connecting with them when we have the chance!

Our bigg quote today is by Richard Moss, who said,

“The greatest gift you can give another is the purity of your attention.”

Will you give that gift to the person you’re meeting with or to your Blackberry?

Next time, we ask, “Is your mind like a skipping CD?” Until then, here’s to your bigg success! 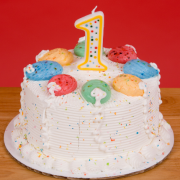 Improve Your Strategic Decision-Making Skills with this Simple Game

Do Women Fail to Take Advantage of Their Advantages?

Is Your Mind Like a Skipping CD?
Scroll to top