A lot of attractive people complain that people assume things about them without getting to know them. It’s assumed that they’re unintelligent, superficial, and even arrogant.

You’ve been given the gift of physical attractiveness, which has to mean you’re lacking in other areas. In the social world, you’re just the pretty boy or girl.

But does that perception carry over into the professional world? Is there a bias against people who are good-looking?

Green Without Envy
Economists Markus Mobius of Harvard University and Tanya Rosenblat of Wesleyan University did a study to see how looks affected the hiring process. They divided participants into five groups:

These employers predicted that the attractive candidates would be more productive, and would be rewarded for it with higher pay.

Even Greener Pastures
Daniel Hamermesh, an economist at the University of Texas, is one of the world’s foremost authorities on the economics of beauty. Dr. Hamermesh has focused on how beauty effects financial success in the workplace.

His research confirms the results of the study we just referenced – that beauty gains an advantage because the doors of opportunity open more frequently. So they make connections, learn skills, and grow professionally. Then they’re able to leverage that first opportunity into many more opportunities, which results in even higher pay.

He also offers little hope for the unattractive. His research has shown that spending money on things to enhance your looks is a waste. You’ll only get back about 15 cents in pay for ever dollar you spend.

Our bigg quote today is by an unknown author:

“We could learn a lot from crayons; some are sharp, some are pretty,
some are dull, while others bright, some have weird names,
but they all have learned to live together in the same box.”

Questions for you
Socially, we often hear pretty people complain that they’re discriminated against. But research seems to show that it works to their favor in the workplace.

From your experiences, do you think good looks are an advantage or a disadvantage?

Is there a difference between men and women? Are good looks more important in the workplace for men or for women?

How about age? Is this something you think affects young people more than older workers or vice versa?

What do you think of Dr. Hamermesh’s finding that it doesn’t pay to try to package yourself better? Do you think it makes a difference?

The High Emotional Cost of Entrepreneurship

CYA: Does It Pay?

Save Money by Sharing 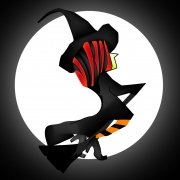 Bigg Success and the 4 Wicked Witches

63 Moves to Stop Living from Paycheck to Paycheck

Does It Pay to be Greedy?
Scroll to top