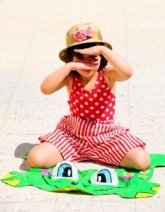 You’re probably familiar with the old saying, “If at first you don’t succeed – try, try again.” It’s not that hard to come up with a solution.

The second one is harder; the third even more difficult. In order to “try, try again”, you have to be able to think creatively.

Why is it that many people just don’t seem to be creative? Is it a natural ability or is it an acquired skill? Here’s one expert’s answer:

“When children are very young, they all express creativity, but by the end of the first grade, very few do so,” says Robert Epstein, former editor-in-chief of Psychology Today and author of The Big Book of Creativity Games.

So how do you become more creative? Go back to kindergarten!

Improve your creative thinking skills by allowing yourself to daydream. Don’t force yourself to stay on task.

Ask questions, even if they seem silly. Have you ever grown tired of the incessant “Why” question by a toddler?

Drive people crazy! Act like a toddler again. Ask “Why.”

But don’t stop there. Take a note from Robert Kennedy and ask, “Why not?” Then let your imagination run wild!

Albert Einstein, the person most branded with intelligence, recognized that it was much less important than imagination.

So pour yourself a glass of milk. Pull out a few cookies. Then think like a kid!

Note: The quote above comes from a great article on creativity. It has to be purchased. It’s long. But it’s a great read so we highly recommend it to you.

A child learns a lesson in business

People weren’t buying! The young man realized he needed to get creative.

He positioned himself by the streetcar stop. He barked out, “Bring a watermelon home! Surprise your family!”

People were impressed with the boy’s enthusiasm. Before long, all the watermelons were gone. Bill was a BIGG success!

What happened to Bill Rosenberg? He went on to start Dunkin’ Donuts, a chain that sells over $5 billion of food and coffee through its nearly 9,000 stores. Source: Time to Make the Donuts, William Rosenberg 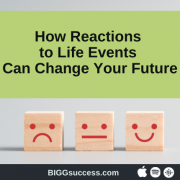 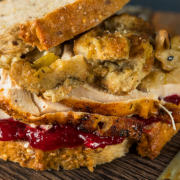 A Lesson on Crowds from Glee

Chris Brogan on Google+ for Business – Part 1
Scroll to top