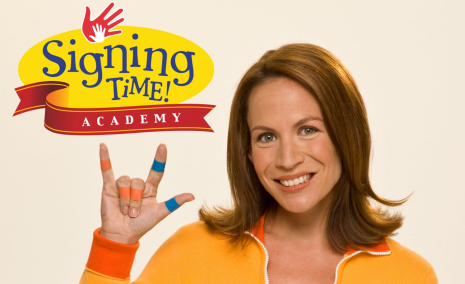 Imagine a playground full of kids playing. Now imagine your child standing all alone. No one will play with her, and she doesn’t understand why.

That’s exactly what happened to Rachel Coleman and she says she will never forget watching her daughter, Leah experience that. The reason the kids wouldn’t play with her wasn’t because they were being mean, it was because they didn’t know how to communicate with her. You see, Leah is deaf.

A mission was born for this mom: teach sign language to her community so that her daughter wouldn’t feel isolated. Rachel would go to churches and schools as often as she could to do that.

Finding a need and a market

Leah’s cousin, Alex, was had become quite proficient at sign language which sparked an idea for Rachel and her sister Emilie: Why not create entertaining music videos that taught sign language!

Rachel was a professional singer and a songwriter and her sister had always had an entrepreneurial knack. So they combined their skills, invested some money, and began production of “Signing Time” videos. The easy-learning videos featured Leah and Alex using sign language with fun, catchy music and colorful visuals.

The initial plan for the business was to create a network of signing preschool parents. But to Rachel and Emile’s surprise, this project quickly became a BIGG hit with thousands of families across the country! In fact, “Signing Time” got picked up by Public TV and Nick Jr., and even received an Emmy nomination. Their product line has expanded since its start in 2002 from DVD’s to board books, flash cards, apps and more!

What started out as a way for a mom to help her daughter have a better life…became a multi-million dollar company. But that isn’t what drives Rachel to keep creating more educational tools. Her goal is for everyone, regardless of their hearing status, to learn a little bit of American Sign Language (ASL) to eliminate communication barriers.

It just goes to show that sometimes you don’t find your purpose…it finds you. That’s what leads to BIGG Success!

Entrepreneurs and Squirrels Who Cross the Road 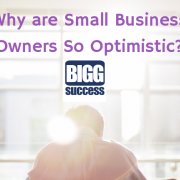 Why are Small Business Owners So Optimistic?

Cash Used to be King
Scroll to top