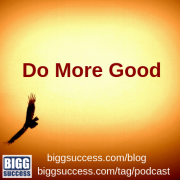 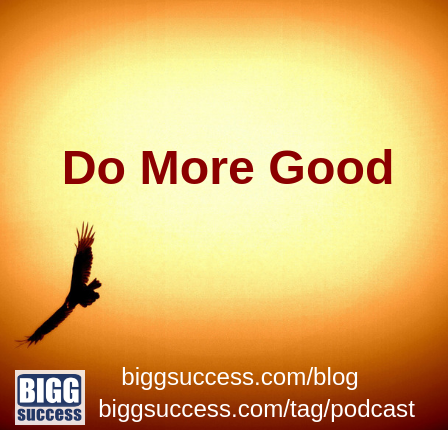 Do more good by discovering how to gain more confidence, clarity and choices when it comes to your money.

We’re excited to announce the release of our Financial Freedom Tool!

It’s software which helps you gain more confidence, clarity and choices when it comes to your money.

We talked more about this on The BIGG Success Show today. Here’s a summary of that discussion…

Financial freedom. What does it mean to you? Never mind that for now, we’ll talk about that next time. It’s the “what”.

Today, we want to share with you the “why”. Because the Financial Freedom Tool is more than just a software program. It’s a device to help you do more good.

But we’re getting ahead of ourselves. Let’s start at the beginning…

END_OF_DOCUMENT_TOKEN_TO_BE_REPLACED 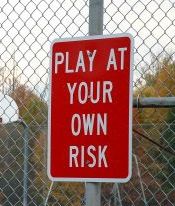 We were recently walking through the retail business area of our campus – our campus “downtown” you might call it. In the middle of the main block, two storefronts in a row were boarded up.

It’s a reminder that small businesses fail. The dreams of two or more entrepreneurs were unrealized. Lives were disrupted. Money may have been lost.

The most cited number is misinterpreted

“Starting a business is risky. Ninety percent of all entrepreneurial ventures fail within the first year.”

Some people say two years or five years. It doesn’t matter; the number is daunting.

We think the origin of this number stems from The State of Small Business: A Report to the President for the year 1994. We got it via Entrepreneurial Finance by Janet Kilholm Smith and Richard Smith.

The 90% number so often quoted is a misinterpretation of the data. The research actually showed that nearly 91 businesses ceased operations for every 100 startups, on average for the five years from 1990 to 1994.

To understand the misunderstanding, let’s say 100 new jobs were created in the past year while 91 people got laid off. Would we say we had a 91% job loss rate? Or would we say the net gain is 9 jobs?

When it comes to jobs, net gains are reported. When the subject is startups, the failure rate is cited. Why the difference?

The actual failure rate of startups

Scott Shane takes a different approach in his excellent book, The Illusions of Entrepreneurship: The Costly Myths that Entrepreneurs, Investors, and Policy Makers Live By. His data shows that, if 100 entrepreneurial ventures were started today, the expected number of failures each year would be:

While his numbers look a whole lot better, the odds are still stacked against startup entrepreneurs. But statistics are funny things.

The failure rate for employees

The Bureau of Labor Statistics recently released the results of a long-term study on labor market mobility. You can go to their news release if you want the details. In general, they showed that if 100 people started a new job today, only 67 would still hold that same job in a year. In five years, only 32 will hold the same position in five years.

We can hear the chorus of objections.

Some of these employees may have been promoted.

Others may have elected to take another job – maybe even a better one.

Of course, some were involuntarily let go.

Even then, many of them may have been eligible for unemployment.

In any case, they didn’t have money at risk like entrepreneurs do.

Well said! However, it also highlights what we often ignore when we cite statistics about the failure rate of startups:

Some of the startup entrepreneurs may have ceased operations for a better opportunity – as an employee or an entrepreneur.

And then there’s the statistic we haven’t talked about yet. In fact, almost no one ever talks about it. Its source is the same as the 90% statistic mentioned earlier.

Only 9% of startups cease operations with unpaid obligations, on average.

Few entrepreneurs actually walk away owing money. They may have lost what they invested. However, no one else did. Suddenly, entrepreneuring doesn’t sound quite as risky as we are led to believe by popular lore

Freedom or security is the age old argument. It turns out there are risks in both employment and entrepreneuring. Successful entrepreneurs are masters at risk mitigation.

You can reduce the risk of leaving your job with a little advance preparation. Test yourself against these 10 signs you’re ready to quit your job and start a business. And check out The Entrepreneur Equation by the amazing Carol Roth.

On The Bigg Success Show, we’ve been talking with Seth Godin about his incredible new book, Tribes. So far we’ve discussed:

Part I: what a tribe is, what the leader does, and why quality trumps quantity

Part II: why Seth became a leader, the power of one, and the importance of leverage

Today we wrap up our conversation. Let’s get to it!

END_OF_DOCUMENT_TOKEN_TO_BE_REPLACED 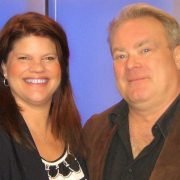 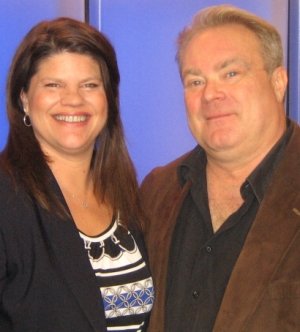 While BIGG Success is a coaching and e-learning firm, we don’t push you to learn more – we help you DO more.  Our guidance allows you to focus  on your next step so you can take action and achieve your goals faster!

We define BIGG Success as inner peace which flows from three sources:

George Krueger and Mary-Lynn Foster are the co-founders of BIGG Success. George is a serial business owner who also teaches Entrepreneurial Finance at the University of Illinois. Mary-Lynn is a veteran radio show host turned entrepreneur. Not only are George & Mary-Lynn business partners – they are also married! These two are all about partnership and are joined at the hip, and wouldn’t have it any other way.

With her radio background, Mary-Lynn convinced George to co-host a podcast. The BIGG Success Show is on its way to having over 2 million downloads and well over 1,000 episodes! The podcast is about how to think like an entrepreneur for success in life, work, and business.  Listen to the very latest episodes and subscribe on the BIGG Success Show podcast page.

At BIGG Success, we help you fight the fears and frustrations we all face on the way to finding freedom and fulfillment. We invite you to sign up for our free newsletter to get proven, practical, pointed tips focused on your personal, professional, and financial success.