We’re celebrating Independence Day here in the States on Monday. We learned something interesting from author and historian Jane Hampton Cook.

BIGG success is life on your own terms. When the Declaration of Independence was written, the terms were incredibly important.

For example, Thomas Jefferson originally wrote “subjects” before crossing it off heavily. He replaced “subjects” with “citizens.”

Do you see the power in that simple change?

The terms you use to define yourself can limit you or empower you. The same is true for entrepreneurial leaders – how do you see your people?

The lens through which you view them determines, in large part, whether you will have a team that just does what they have to do or a team that goes beyond the call of duty.

The power in interdependence

Another interesting tidbit we picked up from Jane Hampton Cook is that the word “colonies” was replaced by the term “states.”

Once again, we see the power of terms. Colonies are subject to the rule of a mother country. States are independent.

But they weren’t establishing a bunch of independent states. They formed the United States – a group of interconnected main governing bodies.

They moved beyond independence. They were interdependent. And one of the many lessons our Founding Fathers taught us is this:

Independence may lead to success.

But interdependence leads to BIGG success!

How to get started

Think about the people in your network. Reach out to see if they might be interested in working together.

Initiate a conversation. If it goes well, schedule another one.

Each time you meet, the level of conversation will get more specific and deeper. Here’s a progression of questions you might discuss:

Depending on your answers, these questions may get asked over a period of weeks, months or even years.

These six questions help you find synergy in your relationships – you and one or more people working together to achieve more than you possibly could independently.

So make a declaration of interdependence. It leads to BIGG success!

How could we work together?

No less an authority than Thomas Jefferson taught us to “never put off until tomorrow what you can do today.”

Well, Thomas Jefferson was wrong! Here are four times when it may pay to procrastinate if you’re an entrepreneur:

1. It may pay to push back your launch.
“Wait” is a viable option in many cases. While you wait, take a class. Get some experience in the industry. And check out The Entrepreneur Equation.

2. It may pay to delay your exit.
We’ll preface this by recognizing that many entrepreneurs wait too long to get out. They end up with a business that really doesn’t have any growth potential left.

But for the best businesses, why be in a hurry to sell? We have a friend who owns a business. He determined he would make as much in 2 years as he thought he could get for the business if he sold it. He’s getting his money now and later by delaying his exit!

3. Sometimes it pays to defer conversations.
It may be an employee or a customer. It could be your kid or your spouse. The point is somebody said or did something to upset you.

You want to fire back. You want to speak your mind. But it probably won’t be productive. You’ll probably say the wrong thing or at least say it the wrong way.

Get away. Take a break. Calm down. Get your head back so you can have a conversation, not a confrontation.

4. It may pay to postpone a major decision.
We can take a note from franchise law here. The law says a franchisor can’t accept your money for three days after you receive the Uniform Franchise Offering Circular.

You should be emotional about your business. But you shouldn’t base business decisions on emotions. Take a little time. Do some more analysis. Don’t spend the money today. Procrastinate for BIGG success! 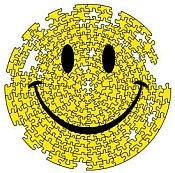 We’re always on the lookout for good coaches. So last week, we had two phone calls that we want to share with you — one good, one bad. But there are lessons to be learned from both of them. Specifically, we want to discuss when it’s worth spending your time and money, and when you should run … and run fast!

The good call, on the other hand, was a conversation. It was exactly what we were promised it would be … and more! It was personal. He had done research on us and our web site. It was what coaching should be.

With the bad call, we’re still not sure how their program works. Even though we were on the phone for about an hour. Details were sketchy. Answers to questions were vague. The most popular answer seemed to be, “That’s proprietary.” We weren’t given any details about the credentials of our would-be coach.

The good phone call was completely opposite. We know exactly what we’re going to get, after only thirty minutes. We were given advice that we’re already using. And the price tag is much less.

We were immediately cajoled with the bad call to make a decision on the spot. We told them that we don’t operate that way. They pressed on. Our experience shows that the best decisions are thoughtfully made after consideration – not an on-the-spot emotional decision. If you’re being asked to make a decision immediately, your best response is usually going to be “no”.

Build you up, tear you down, wear you out. That was the process we experienced with the bad call. Don’t fall for it.

We were offered words of encouragement with the good call. We were also given some constructive criticism, which was very helpful. Constructive criticism is great; just tearing you down to make a sale is not. If you don’t understand the difference, reread the first three points!

We could go on, but these are the highlights of our discussion. Hopefully, you’ll find these helpful the next time you’re trying to buy something.

Our quote today is by Thomas Jefferson.

“Do not bite at the bait of pleasure, ‘til you know there is no hook beneath it.”

So don’t get hooked … if it smells fishy, it probably is.

Next time, we get a visit from Santa. Until then, here’s to your bigg success!