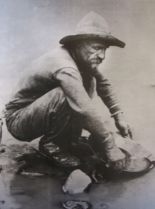 The Gold Rush. The lives of hundreds of thousands of people were changed forever.

Today we face a new gold rush. It will forever change the lives of millions of people.

The Gold Rush of 1849 was global. People came from all over the world.

The Gold Rush today is also global. However, you can participate without ever leaving your home.

We want to briefly share the stories of two men, who each played significant – yet amazingly different roles – in the California Gold Rush.

Listen to this post by clicking on a player. Hear George & Mary-Lynn on The BIGG Success Show podcast.

John Sutter came to America in 1839. Like many immigrants, he was a man with a dream – he wanted to build an agricultural empire.

Before long, he had over 12,000 head of cattle. He employed hundreds of people. He had his own fort on the American River.

He sent James Marshall, along with twenty other men, to build a saw mill near his fort. On January 24, 1848, fate changed Sutter’s life forever.

On that day, a shiny object in the river caught Marshall’s eye. Then another. And another.

Was this gold? He gathered up a few pieces and took it to Sutter.

The two men tested the shiny metal objects. Yes! It was gold.

Sutter was horrified. If word got out, his empire-building days would be over. People would rush to claim their stake.

So the two men promised to keep it a secret – just between them. As you know, word soon got out.

Sutter refused to alter his vision. It was a costly mistake.

He was at the source of nearly $12 billion of riches in today’s dollars. Yet he never even tried to capitalize on it. He didn’t make a single penny from the Gold Rush.

Sam Brannan never panned for gold either. He was a merchant in San Francisco.

Unlike Sutter, though, he saw opportunity in a gold rush. He bought up every pick axe, shovel and pan in the region.

Then he ran through the streets of San Francisco, with a bottle of gold dust in his hand, shouting, “Gold! Gold! Gold from the American River!”

It worked. In just nine weeks, he made nearly $900,000 in today’s dollars. He went on to become the richest man in California.

The right place at the right time isn’t enough

You often hear people say, “You just have to be in the right place at the right time.”

Yet here are two men who were there, with very different results.

One did nothing with it. He was too stubborn to change his plan. Not only was he not able to achieve his original dream, he failed to capitalize on one of the biggest booms of all time!

Make money alongside the moneymakers

The other made money around the boom. Isn’t it interesting that the person who made the most money from the Gold Rush never panned for gold? A lot of times, there’s more money – with more certainty – by serving the people who are going for the gold.

Is this the right time for you? Are you in the right place? If so, what are you doing about it? Maybe we can help. 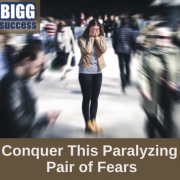 Conquer This Paralyzing Pair of Fears

Paying Attention to These 4 Things Pays Off 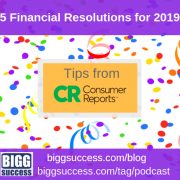 A View that Leads to Bigg Success

Am I Paying My Salesperson Too Much?

Take Control of Your Life and Be a Success