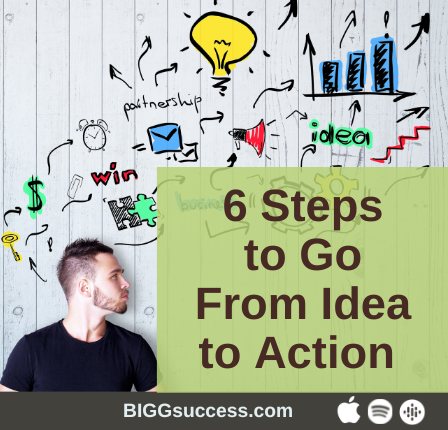 Have you ever had an idea out of the blue, but didn’t know where to start developing it? On The BIGG Success Show, we tell the story of how one man is saving lives after putting an idea to action, and outline the steps he took. Read the show notes below.

In 2008, a man who was traveling for business, thought of a question one night while in his hotel room, and called the front desk. He asked, “What happens to the leftover soap?” The response was that it was thrown away.

-millions of bars of salvageable soap were going to waste.

– studies showed that regular hand washing could cut those deaths in half.

Based on his research, Seipler felt compelled to do something, and when he got home he put his idea to action.

Clean the World was formed and to date, the non-profit organization has distributed 70 million bars of soap to 127 countries since 2009, through a partnership with over 8,000 hotels and resorts.

We’ve talked before about how sometimes your purpose finds you. This is definitely one of those cases!

For more inspiration from this story,

Let’s pull out the Professor’s whiteboard for: 6 Steps to go from idea to action…

Today’s podcast episode brought to you by ExpressVPN: Protect your data on any device. 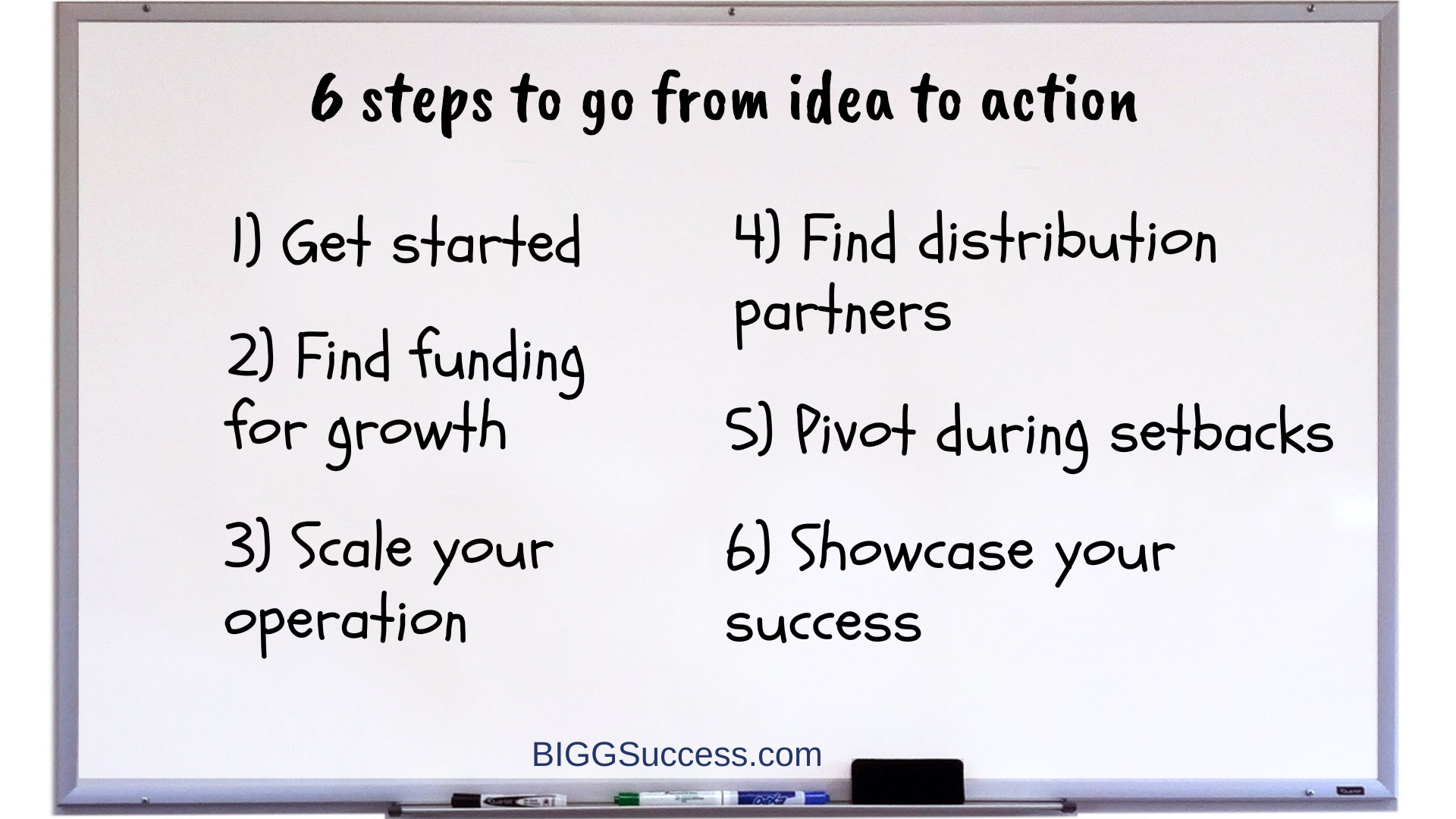 Seipler started at home. He went to hotels in his hometown of Orlando, Florida and asked if they would give him their unused soap. They all said yes!

With thousands of bars of used soap, Seipler recruited some friends and family, and set up shop in a garage. That was the launch of Clean The World.

They scraped the outside of the soap bars by hand with potato peelers, pulverized them in a meat grinder, melted them down in slow cookers, poured the mix into molds, then cut the new bars.

The company began distributing the soap to local charities in Orlando, which led to an opportunity to go to Haiti in the summer of 2009. Seipler said they took 2,000 bars of soap and vowed to go back with more.

Seipler’s service was catching on and more hotels from outside the Orlando area were wanting to participate. In order to serve more people, the operation needed more space, more help, and better equipment.

To fund the needed expansion, Seipler’s company began to charge hotels a small fee to participate in the soap recycling program. In exchange for the fee, the hotels were provided with a streamlined process to donate the soap, and they would receive impact reports detailing the social and environmental impacts of their donations.

With this proposal, Clean The World was collecting $.50 to $1 per room, per month from participating hotels.

With the funds coming in, Seipler was able to relocate to a warehouse, set up a shipping process to get hotel bins shipped to the warehouse, and purchase equipment to ramp up processing, production, and distribution of the soap to meet the increased demand.

Clean the World has operations on the ground in countries including Kenya, Tanzania and Haiti, but they also partner with humanitarian organizations like UNICEF, United Nations High Commissioner for Refugees, World Vision, and Children International. These partners help the organization reach more locations and people, and provide them with on the ground data about the impact they are having.

In 2020, Clean the World was impacted by the COVID-19 pandemic. With hotels and resorts closed, the supply side of the operation came to a halt, while the demand for soap was at an all-time high. In addition, when hotels started opening back up, many switched from packaged soap to refillable dispensers.

During the pandemic the company formed some new partnerships, including Feeding America and Soapbox Soaps to distribute soaps to U.S. based relief organizations.

They also created a new arm of the company which allows individuals to request at-home hygiene kits which they assemble and deliver to homeless shelters, or aid groups in their community.

To date, the organization has distributed 5m+ of these kits to US homeless shelters and other countries facing sanitation supply chain shortages.

Clean the World is able to form partnerships because, at an early stage, they made it a priority to track results. You can see the numbers on their website. We cited some of those numbers earlier.

But it’s what Seipler did at the very early stage of the company that helped it get a big boost. Before making that first delivery of soap to Haiti, he reached out to a local TV station who went along to document the mission. The local story also ran in New York which got the attention of Katie Couric, who was doing CBS evening news at the time.

Seipler says it was that piece that ran in the fall of 2009 that forced the company out of the garage and into a warehouse.

Make sure people know what you are doing and the impact it is making – so they can pass it on!

It’s a question we get all the time: Where do great ideas come from? And the answer is: Be aware of the world around you. Opportunity doesn’t always knock. Sometimes it’s hiding right in front of you.

Use this story as inspiration and these steps to take action on your idea. It leads to BIGG success.

Getting the World Clean, One Recycled Bar of Soap at a Time

Passion at Work and the Two Types of People

Focus 3 Ways and Be a Success Today

The Boy Who Found the Recipe for Success