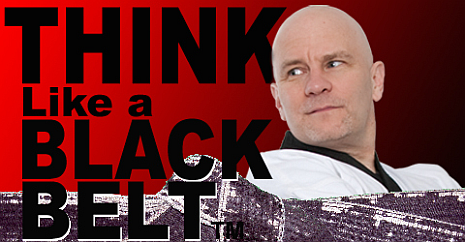 Listen to this post! Click the player to hear George & Mary-Lynn talk with Jim Bouchard on The BIGG Success Show Podcast (Duration 3:52)

Fear can be so paralyzing: fear of financial problems, fear of uncertainty with a job, fear of failure! We asked Jim Bouchard, martial arts hall-of-fame inductee and author of Think Like A Black Belt, how he thinks we should deal with our fears.

Jim says you should face it head on. Sometimes success isn’t achieving your biggest goal, but rather taking the right steps to simply survive. “Do what you have to do today to be able to hang on for tomorrow”.

END_OF_DOCUMENT_TOKEN_TO_BE_REPLACED 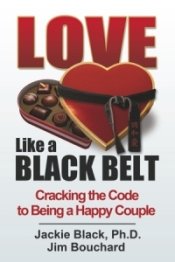 If you’re a long-time reader, you know that we’re partners in life and in business. And we still love each other!

This arrangement doesn’t work for everyone, but it does work for us. And that’s what matters!

One of our weaknesses is that, because we are so passionate about what we do, we often put the business first.

You may not relate to that. But how about this one: Some couples struggle for “together time” because they put their kids first.

If we don’t take time to nurture our relationships, the strong foundation will crack and everything will crumble.

Listen to this post, click a player to hear George & Mary-Lynn on The BIGG Success Show! (Runtime 6:35)

The book is all about giving you the mindset, philosophy and techniques you need to cultivate a healthy and happy relationship. We were given the opportunity to read a review copy of the book, and visit with Jim & Jackie to offer up some advice just in time for Valentines Day.

Listen to the show to discover:

We highly recommend this book. Keep an eye out for its release. 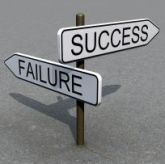 Here’s a question to ask yourself: If you absolutely, positively knew you would not fail, what would you do?

Would you do what you’re doing now? If so, you can quit reading. But check in next time – we’ll have something just for you, assuming you want to take it to the next level.

Now back to those of you who would do something different. What’s holding you back?

In most cases, it’s fear. Pure and simple. And rightly so. As our friend Jim Bouchard says, “The absence of fear is stupidity!”

How do you overcome it? Here are two suggestions:

Do your due diligence

Passion is great. However, if it’s not combined with evidence, you may find yourself passionately unhappy. Prove out your idea. Remember, where there’s growth, there’s opportunity. Whether you’re thinking of starting a business or changing careers, is the industry growing?

A great resource for this is the Occupational Outlook Handbook from the U.S. Department of Labor’s Bureau of Labor Services. It’s available online and it’s free.

They mitigate risk by managing it, sharing it and by seeing it differently.

Can you manage the risk by saving extra now and storing it away?

As you keep finding ways to mitigate the risk, you’ll reach a point where what you’re contemplating doesn’t seem so risky. You realize you can’t fail. You’re ready for BIGG success!

If you’re contemplating a career change and still have questions, maybe we can help. Check out our coaching programs. 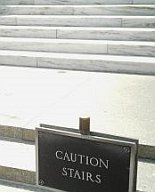 In his fantastic book Think Like a Black Belt, Jim Bouchard says: “The absence of fear is stupidity.”

Entrepreneurs must be stupid. They forge ahead boldly while smart people cringe with fear.

Entrepreneurs laugh at it. They love it. No amount of risk will stop them.

That’s the story if you believe popular lore.

Jim says that Black Belts exhibit courage in the face of fear. Entrepreneurs gain courage by minimizing the risk.

They shift it away. They share it with others. They manage it. They act once the risk is brought down to an acceptable level.

It’s calculated fearlessness, not an absence of fear. After all, entrepreneurs aren’t stupid.

Some people would just like to think they are. They’re the people sitting on the sidelines wasting their lives away.

If you’re ready for life on your own terms, maybe we can help minimize the risks. E-mail us at bigginfo@biggsuccess.com or leave a voice message at 888.455.2444. 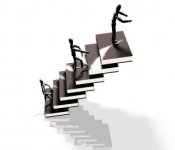