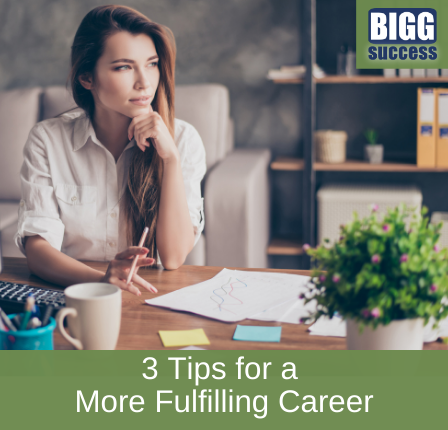 Whether you are looking on your own, or are forced into it, there are certain steps you can take to find a more fulfilling career.

Click the player to listen to podcast episode #1056 of The BIGG Success Show. Below is a summary of our discussion…

Our show today is inspired by the movie, Larry Crowne.

Larry, played by Tom Hanks, was a superstar team leader at a big-box company where he’s worked for over 20 years. He gets called to the office, where it’s expected that he will be recognized as “Employee of the Month” again, but instead, he is told that due to a company policy change with management, he was being let go.

His bosses said that his lack of a college degree would prevent him from moving any further up the ladder. Larry had enlisted in the Navy as a young man and started working for the store after his service was over.

As a middle-aged man, he finds it hard to get hired. Deep in dept with a mortgage and unclear on what to do, Larry heads to his local college to start over.

Let’s go to The Professor’s Whiteboard for 3 tips for a more fulfilling career. 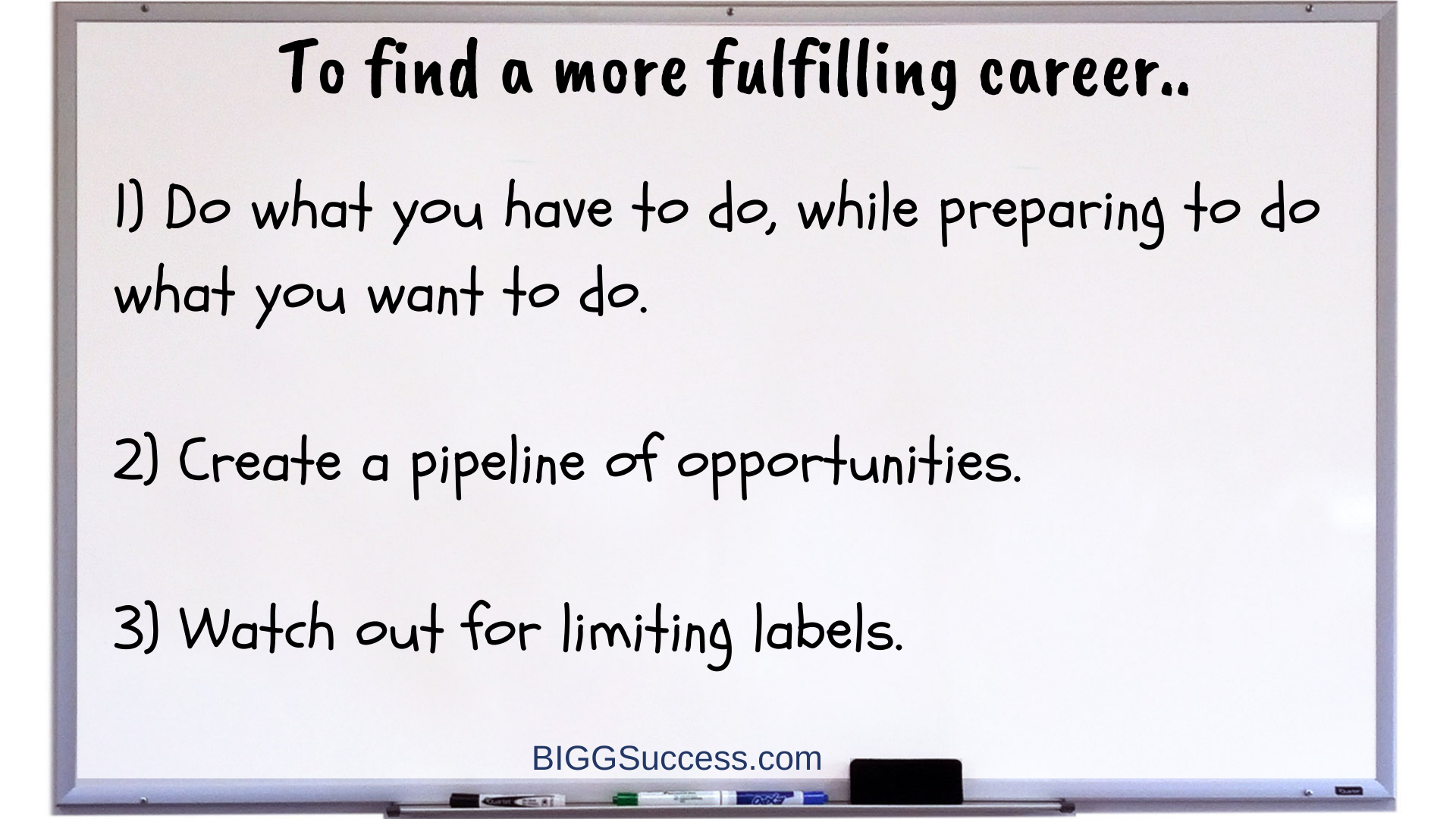 1. Do what you have to do, while preparing to do what you want to do

This tip is inspired by an episode of Running Wild with Bear Grylls. Bear is a survivalist, and in the show, celebrities join him on an adventure, and share their stories of success along the way.

Terry Crews, a former pro football player was on the show. Had a career in football. He noticed that some of the most successful athletes weren’t reliant upon only playing the sport.

Terry left football to follow his passion to be an actor and went broke. He had a family to support and bills to pay, so he took a job as a janitor. He did what he had to do, while working on his dream. Eventually, someone he knew got him an audition, and the rest is history.

2. Create a pipeline of opportunities

Once of George’s friends inspired this tip. He quit a high paying job as a pharmaceuticals sales rep because he didn’t enjoy the work.  Instead of just taking a job, he used a Temp Agency to experience a lot of different jobs and businesses to see what interested him.

Hear the whole story in the podcast, starting at 8:00.

3. Watch out for limiting labels

There are two types of labels. The first one is the labels you put on yourself, which are probably the most dangerous ones, and then the other one is labels that others put on you.

I have an example that uses both. In my corporate career, I was a radio broadcaster. That was my specialty, and  had a hard time identifying myself as anything else. And in fact, that’s what everybody knew me as too! I’d be at a gathering with friends or family and they’d always talk about hearing me on the radio.

I struggled with that when I started my own company because when I told people what I was doing now, they didn’t seem to understand. It just felt like everyone preferred the old label. Heck, I even missed it. But I had to forge on to build my new identity, and not let my old one hold me back.

It took time, but I’m known now as a business owner who helps entrepreneurs.

Once you discover your more fulfilling career path, take action to move forward, otherwise you’ll stay stuck in the status quo. That’s why we always counsel people to start doing something immediately.

A new career path it may require you go back to college, like Larry Crowne did. It may not may require a certification, shadowing somebody, reaching out to your network, or doing some research.

As my one George’s teachers used to say, “Do something immediately, if not sooner.”  It leads to BIGG success!

How to Stay Focused

A Sure-Fire Way to Stop Innovation

My Employer is Eliminating 401(k) Matches

7 Things to Do Instead of Comparing Yourself to Others